Cool Flat Earth Animation. Whether you believe it or not. 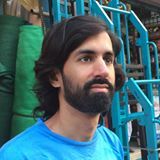 of altitude. All amateur balloon, rocket, plane and drone footage show a completely flat horizon over 20+ miles high. Only NASA and other government “space agencies” show curvature in their fake CGI photos/videos. The horizon always rises to the eye level of the observer as altitude is gained, so you never have to look down to see it. If Earth were in fact a globe, no matter how large, as you ascended the horizon would stay fixed and the observer / camera would have to tilt looking down further and further to see it. The natural physics of water is to find and maintain its level. If Earth were a giant sphere tilted, wobbling and hurdling through infinite space then truly flat, consistently level surfaces would not exist here. But since Earth is in fact an extended flat plane, this fundamental physical property of fluids finding and remaining level is consistent with experience and common sense. Rivers run down to sea-level finding the easiest course, North, South, East, West and all other intermediary directions over the Earth at the same time. If Earth were truly a spinning ball then many of these rivers would be impossibly flowing uphill, for example the Mississippi in its 3000 miles would have to ascend 11 miles before reaching the Gulf of Mexico. One portion of the Nile River flows for a thousand miles with a fall of only one foot. Parts of the West African Congo, according to the supposed inclination and movement of the ball-Earth, would be sometimes running uphill and sometimes down.

This would also be the case for the Parana, Paraguay and other long rivers. If Earth were a ball 25,000 miles in circumference as NASA and modern astronomy claim, spherical trigonometry dictates the surface of all standing water must curve downward an easily measurable 8 inches per mile multiplied by the square of the distance. This means along a 6 mile channel of standing water, the Earth would dip 6 feet on either end from the central peak. Every time such experiments have been conducted, however, standing water has proven to be perfectly level. Surveyors, engineers and architects are never required to factor the supposed curvature of the Earth into their projects. Canals, railways, bridges and tunnels for example are always cut and laid horizontally, often over hundreds of miles without any allowance for curvature. The Suez Canal connecting the Mediterranean with the Red Sea is 100 miles long without any locks making the water an uninterrupted continuation of the two seas. When constructed, the Earth’s supposed curvature was not taken into account, it was dug along a horizontal datum line 26 feet below sea-level, passing through several lakes from one sea to the other, with the datum line and water’s surface running perfectly parallel over the 100 miles. A surveyor and engineer of thirty years published in the Birmingham Weekly Mercury stated, “I am thoroughly acquainted with the theory and practice of civil engineering. However bigoted some of our professors may be in the theory of surveying according to the prescribed rules, yet it is well known amongst us that such theoretical measurements are INCAPABLE OF ANY PRACTICAL ILLUSTRATION. All our locomotives are designed to run on what may be regarded as TRUE LEVELS or FLATS. There are, of course, partial inclines or gradients here and there, but they are always accurately defined and must be carefully traversed. But anything approaching to eight inches in the mile, increasing as the square of the distance, COULD NOT BE WORKED BY ANY ENGINE THAT WAS EVER YET CONSTRUCTED. Taking one station with another all over England and Scotland, it may be stated that all the platforms are ON THE SAME RELATIVE LEVEL. The distance between Eastern and Western coasts of England may be set down as 300 miles. If the prescribed curvature was indeed as represented, the central stations at Rugby or Warwick ought to be close upon three miles higher than a chord drawn from the two extremities. If such was the case there is not a driver or stoker within the Kingdom that would be found to take charge of the train. We can only laugh at those of your readers who seriously give us credit for such venturesome exploits, as running trains round spherical curves. Horizontal curves on levels are dangerous enough, vertical curves would be a thousand times worse, and with our rolling stock constructed as at present physically impossible.”